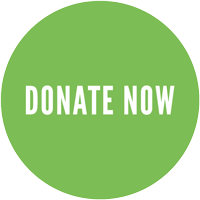 Founders Mark Davis and Bill Ritter began Gleanings From The Harvest for Galveston in 2003 as a receiving and distribution organization operating from a back office of a Galveston Island church. With the long term goal to establish a countrywide food bank, the young organization relocated its operations in June 2004 to a larger facility. While still on the island, the new location allowed space for receiving and storing bulk quantities of canned, dry, fresh and frozen foods, personal hygiene items, and cleaning supplies donated directly from food manufacturers, local grocers and individuals. Subsequently, manageable quantities of products were available for distribution through the organizations network of collaborating partners serving island residents struggling with food insecurity.

The demand for food began spilling over to the mainland, and it became apparent that the founders’ vision was unfolding as services quickly outgrew the limits of its island facility. While the organization was in the early stages of searching for a more centralized location to better facilitate distribution of food throughout the county, Hurricane Ike struck. Although devastating in nature to both people and property, recovery from the storm provided the organization access to federal dollars designed to assist organizations serving residents directly harmed by the hurricane. This allowed the organization to relocate in 2010 its warehouse operations from the island to a larger, more centralized facility in Texas City and adopt the name Galveston County Food Bank.

Striving to fulfill its mission “to lead the fight to end hunger in Galveston County”, the Galveston County Food Bank dedicates its services to providing easy access to nutritional food for the approximately 53,000 residents in Galveston County facing food insecurity including underprivileged children and elderly citizens, persons with disabilities, the homeless, the working poor and others in need.

Through a network of more than 80 collaborating agencies, schools and mobile host sites, the Food Bank distributes over 500,000 pounds of food monthly for redistribution through pantries, soup kitchens, shelters and other non-profit partners working together to service individuals and families struggling with hunger. In addition, the organization focuses on diminishing hunger among vulnerable populations through its network partners and the following food bank-managed programs:

Site by Get Social